Iman is Founder and CEO of IMAN Cosmetics, a beauty company that created the first cosmetics and skincare collection designed for all Women with Skin of Color™.

Launched in 1994, the IMAN brand philosophy holds that women with skin of color represent many races, cultures and ethnicities. IMAN Cosmetics are designed for African American, Asian, Latina and multi-cultural women with skin tones in a myriad of shades. The brand offers skincare and cosmetics, including 16 foundation shades. IMAN Cosmetics are sold throughout the world including the United States, Canada, UK, France, Africa, and the Caribbean.

In 2004, IMAN Cosmetics announced its strategic alliance with Proctor & Gamble. Under the licensing and distribution agreement, the prestige brand once again broke convention and is now available at mass retailers including Target, Wal-Mart, Walgreens and Duane Reade.

In addition to running a global beauty company, Iman is actively involved in several charities, including Save the Children, UNICEF Go – 2 – School Initiative / Somalia, Dr. Hawa Abdi Foundation, and Hope for Congo.

Iman’s first book, entitled I AM IMAN (Universe, 2001), was an autobiographical sketchbook of her career that questions “the unserious business of fashion and beauty and its serious effect on identity.” Her second book, THE BEAUTY OF COLOR, THE Ultimate Beauty Guide for Skin of Color (Putnam Penguin 2005) is the first beauty and makeup book that truly addresses skin tones across the spectrum: Latina, Black, Asian, Indian, Middle Eastern, Native American, as well as multiple ethnicities. She’s revolutionized the way Women with Skin of Color™ think about beauty.

Ever evolving, she broadened her horizon, gleaned from experience and a keen eye, and designed IMAN GLOBAL CHIC, a line of handbags, jewelry, and fashion accessories sold exclusively on HSN and HSN.COM. The line is one of two top sellers among more than 200 fashion and jewelry brands on HSN. Additionally, Iman most recently launched IMAN HOME, a collection of globally influenced fabrics and chic home décor. In 2010, Iman was honored by the Council of Fashion Designers (CFDA) with the prestigious Fashion Icon Award.

Iman began her career in 1975 as a model and has challenged the prevailing notions of beauty ever since. The daughter of an African diplomat, Iman was born in Somalia and grew up speaking five languages. She studied political science at Nairobi University where she was discovered by legendary photographer Peter Beard.

Her first modeling assignment was for Vogue in 1976. Iman was an instant success in the fashion world, and a muse for fashion designers including Yves. St. Laurent, Versace, Calvin Klein and Donna Karan. During her 14 years as a model, she worked with top photographers Helmut Newton, Richard Avedon, Irving Penn and Annie Liebovitz.

A mother of two, Iman is married to David Bowie with whom she has a daughter, Alexandria Zahra. Iman’s eldest daughter is Zulekha Haywood. 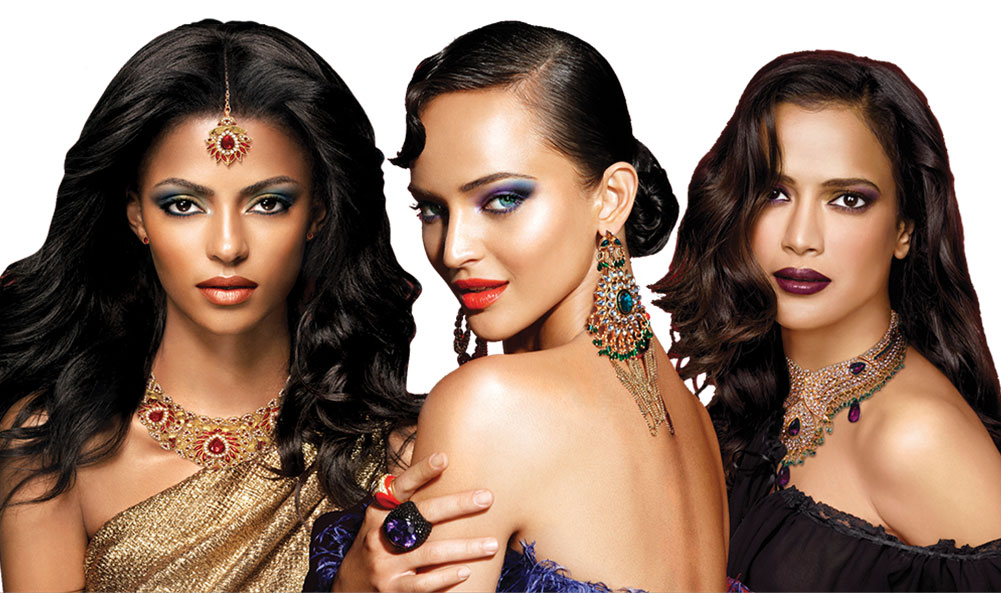 What are our models wearing?
Show me!